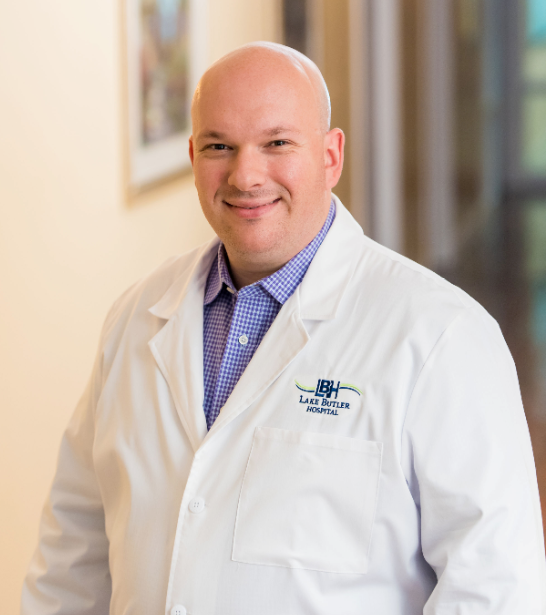 Dr. Edward Orshansky is the Chief of Medical Staff for Lake Butler Hospital.  He grew up in New York City where he graduated with a Bachelor of Science degree in Physics. He has worked in the healthcare profession all throughout his undergraduate education and knew that caring for patients was his calling. Dr. Orshansky went on to earn his Medical Degree from Saba University School of Medicine in the Netherland Antilles with rotations at top trauma centers in New York City.

Dr. Orshansky is a Board-Certified Family Physician. He earned his MBA from Davenport University in 2014. His additional interests include healthcare information technology and healthcare business administration.

In 2017, Dr. Orshansky was nominated and later inducted into Alpha Omega Alpha Honor Medical Society for his leadership, medical educational achievements and contributions while at Virginia Tech Carilion School of Medicine.

Dr. Orshansky enjoys spending time with his wife and three children and is excited to be back in the Jacksonville area after briefly living in the area prior to medical school. 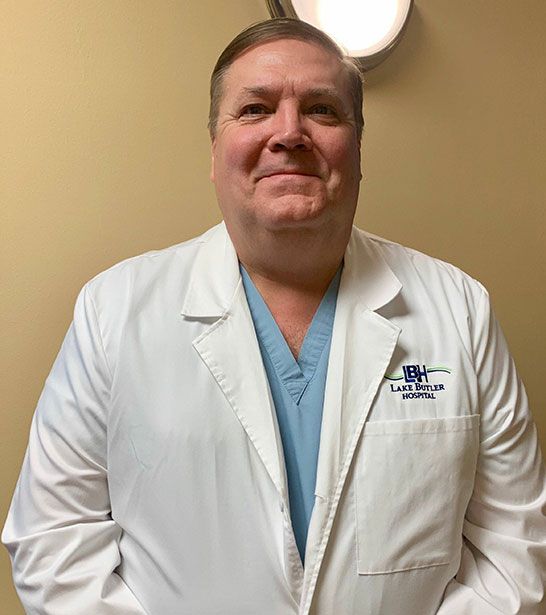 Dr. Noel Braseth is a Board Certified Emergency Medicine physician and is the ER Medical Director for Lake Butler Hospital. He is also affiliated with multiple hospitals in the area. He received his medical degree from the University of Florida College of Medicine. He is originally from the Midwest.  He holds certifications in Advanced Trauma Life Support, Ultrasound, and Critical Airway. His residency was completed at Pitt County Memorial Hospital System through East Carolina University.

Dr. Braseth has recently welcomed the birth of his first grandchild! He also enjoys duck hunting, fishing, and visiting historic homes in Florida and Georgia with his wife, Karen. 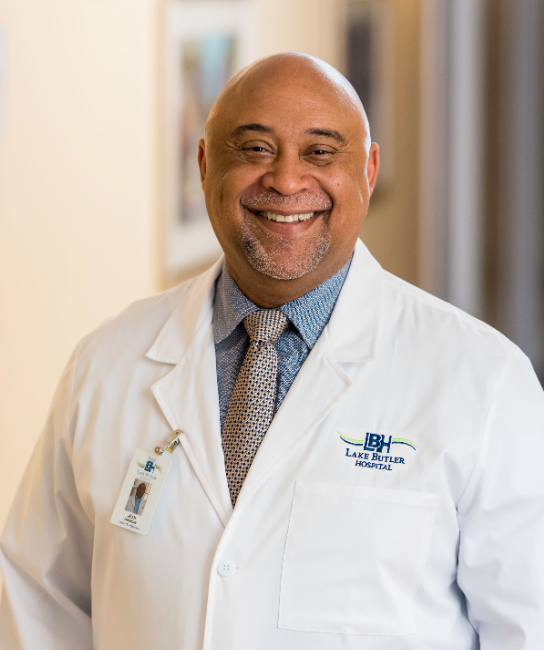 Dr. Jean Maurice Dure is the Medical Director for the Lake Butler Family and Pediatric Clinic of Lake Butler Hospital and serves as a Hospitalist and ER Physician. He graduated from EMUAP, Mexico in 1989. Dr. Dure post graduated in OBGYN from ITESM, Mexico 1993 and has a Post-Doctoral Research Fellowship in Maternal-Fetal-Medicine 1995 at Baylor College of Medicine, Houston, Texas. He also practices in Areas of Critical Need (ACN) at other facilities in Florida.

Jon D. Johnson, APRN, is the Director of the Lake Butler Hospital Family and Pediatric Clinic. He is board-certified as a Family Nurse Practitioner by the American Academy of Nurse Practitioners. He received his master of science degree from the University of Maryland at Baltimore. He is married with two children. In his spare time, Jon likes to spend time with his family. 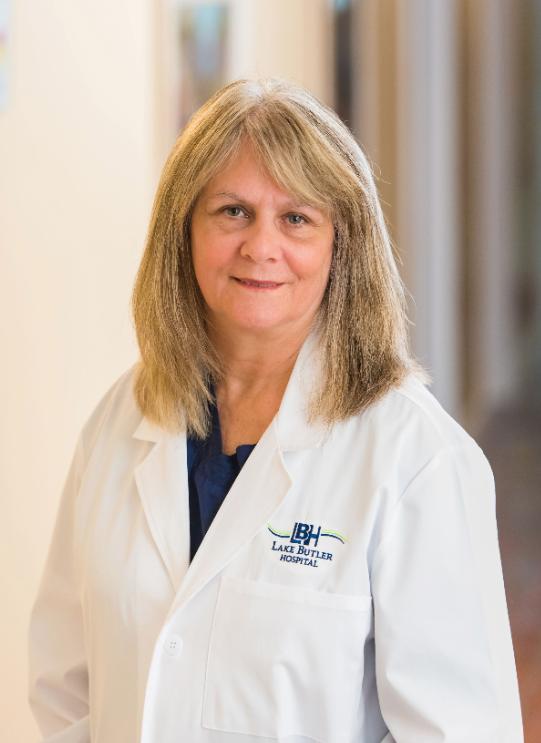