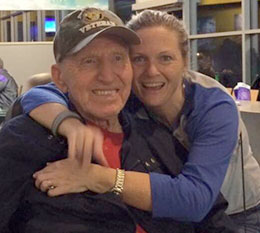 My name is Lizbeth Croft and this is my father Bob Gaubatz. Since 2010 he has faced many health challenges. He has had two total hip replacements, two shoulder replacements, had a rod and screws placed in his femur and has had ten surgical procedures on his back as he suffered 10 compression fractures of his spine.

As many of you know, I worked at Lake Butler Hospital for many years and the employees and owners are truly like family to me.

They all have supported me as I had to make the necessary but difficult decision to leave my work family to focus on my family as my Daddy needed full-time care.

Being my father’s full-time caregiver and being a nurse I am very concerned for his wellbeing and overall care. One of the many reasons I choose Lake Butler for my father’s rehab needs is they care for the WHOLE person!! Not just the diagnosis being treated. They truly treat their patients like family and it is the ONLY facility I allow my father to stay at without me! I can’t tell you what it means to have the peace of mind to be able to go home and get a good night’s rest and not be concerned about the care my father’s receiving! They are a true blessing! One of our community’s treasures! Spread the word! It does not need to be a HIDDEN GEM! Just because we are a small community does not mean we lack the quality medical care your family deserves! The care given is hands down the best around! The love the staff shows the patients and their family is genuine! From the people who come in to serve your meals(which are by the way made to order and of gourmet quality! Not your typical hospital food! We all look forward to the meals served!!!), to the person who comes in to clean your room, to the staff in lab and radiology, nurses, rehab, administration and non-medical personnel, they are all professional and friendly and go out of their way to make you feel comfortable and ensure all your needs are being met.

My Father’s physician is always kept in the loop as to what decisions are being made during his stay so don’t think that if you see a doctor in Gainesville that you can’t utilize your hometown hospital for your rehab needs!

Why would you go anywhere else?!

Thank the Lord and knock on wood we have not needed those services as of late but make NO mistake I would not go anywhere else! If you want quality care, if you want a home away from home environment while you heal, Lake Butler Hospital is YOUR choice, this will be the best decision for you to get your loved one, one step closer to Home! You make the choice, they truly make the difference!

Love my Hometown Hospital and all the staff! 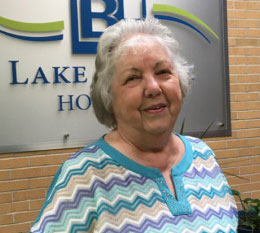 I recently had the experience of ‘visiting’ LBH Swing Bed for over 3 weeks. During your waking hours, you will be visited by everyone from your friendly nursing and support staff, housekeeping staff, kitchen, and dietary staff, rehabilitation specialists, office staff and neighborhood roaming ambassadors.

Everyone was very professional and worked together as a team. They never left your room without saying, “Call us if you need us” (referring to the call button attached to your bed or chair). The staff has a family/patient care meeting every week where your family member(s) can ask questions and discuss the progress of the patient. I would definitely recommend LBH Swing Bed if you ever need any rehab services. 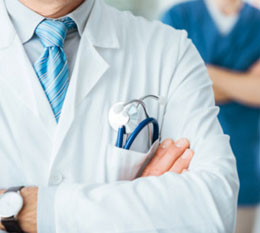 I would like to express my appreciation to the Director of Nursing, Ms. Robbin Box, for having assembled a team of nurses that is attentive, caring, competent, compassionate and pleasant, despite whatever time of day (or night) I asked for help. I was especially impressed by a nurse who twice spontaneously volunteered to supervise me on a long walk on hospital grounds with my walker when she noticed that the corridors no longer seemed long enough for my exercise.

The friendly atmosphere of the entire nursing staff surprised me and made my stay seem shorter than it actually was.

“My care was perfect,” said Villia Williams, former Swing Bed patient. “As soon as I pressed the call light nursing was there. I enjoyed everyone. If it had not been for rehab I wouldn’t be as independent as I am today.”

“I couldn’t have been treated any better if I would have been at home,” said Myrtice Lee, former Swing Bed patient. “I was so pleased while I was there. Everyone treated me great from nursing to rehab.”

A wonderful place to work. Patients get personal care with compassion.

Small critical access hospital with additional services and great staff. I know several employees at this hospital and they all enjoy their job very much and love being there for LB community.

One of the best care ever received at a hospital. All the staff were very conscientious of hygiene and always wore gloves. Facilities were kept extraordinarily clean.

My husband was transferred from another hospital. We agreed food was good. Everyone treated us with kindness. Helped every way they could. Hospital really really clean.

I personally think we have one of the best rehab facilities. You get the best care. All the employees are ready in a nice way to do their best to take good care of you, to keep you comfortable. I would recommend this rehab to all.

As a retired LPN I believe I received the best care from nursing asst. as I have in all my stays. Nursing staff a 10 – PT 10 Kitchen staff – 10. Cannot ask for a better hospital stay.

If anyone has to stay in rehab for a month, I don’t know of a better facility. The care is excellent. The nurses were always sweet and caring to me. They helped with showers and eating when needed.
Very great care. No better place. Staff, doc, nurse very professional & friendly.

My stay at Lake Butler Hospital was to recover from Orthopedic surgery and regain strength and a degree of mobility and independence needed to function upon my return home. The nursing staff was attentive, caring, competent, compassionate and always pleasant, making my stay much more comfortable than I anticipated. The Physical Therapists showed me how to exercise within my new limitations, and, most importantly, taught me how to perform necessary daily tasks in a way that wouldn’t jeopardize my recent surgery (e.g. – how to enter/exit a shower; or how to put on socks or shoes without bending or twisting). When I need to go to a post-op visit with my surgeon in Gainesville, the arrangements were made swiftly and competitively. One of the nurses twice spontaneously volunteered to accompany me on a walk around hospital grounds when she noticed that my trips down the corridor just didn’t fulfill my need for expressing with my walker. The friendliness of the entire staff made my stay comfortable and has tried my goal to restore and resume many of my basic daily functions with minimal assistance.

Like so many others who have expressed their appreciation to Lake Butler Hospital for the treatment of their loved ones, the family of Vernon Barnett would like to add our sincere gratitude and peace of mind for the presence of such an institution in our community.

When Vernon (my father in law) was admitted after suffering a stroke, we observed the willingness and patience of everyone involved in his care. Even when our questions weren’t easily answered they still helped us to understand each step we would go through.

Even though one of the family was there most times, it was comforting to know that the staff members were attentive to him and always had a little anecdote of something he said or did.

When he was transferred to the rehabilitation part of the program he again received quality care and attention. He never complained, in fact, it was a running joke that he always answered “Outstanding” when asked how he was doing. He came to love those who cared for him.

From the sweet receptionist as we entered the entrance doors to the welcoming decor, and later the Christmas decorations that adorned the lobby, we were greeted with warmth. The meals were appetizing and delicious (especially that fried catfish!) and I personally witnessed the attention to detail of making sure the floors were cleaned and polished each evening.

As the time approached that we thought he was ready to come home, staff members were very informative and supportive in the tentative plan that we might need respite care for a few days.

Though he did recover from the stroke, he was overcome by the cancer that he knew would eventually end his life. He was ready, he wanted the nurses to know he was ready, and he was comforted knowing he was in a safe, friendly, loving place.Seeing he felt this way made it less difficult for us during those last days.

How wonderful to have this place of treatment, rehabilitation, and respite care available to us. We can never thank the staff enough, but I would like to mention each one by name because, even if they didn’t have personal contact with Vernon, I’m sure they were “outstanding”. They are our unsung heroes and angels on earth.